The first month of 2017 is already over, which means it’s time to talk you through the books I read last month. I did a good job and read 5 books this month. I decided to not only delve into some fiction, but also picked up two non-fiction reads and am currently 1 – 2 books ahead of schedule for my Goodreads Reading Challenge. In short, it was a good reading month, despite the busy times and piles of grading. Here’s what I read in the month of January. 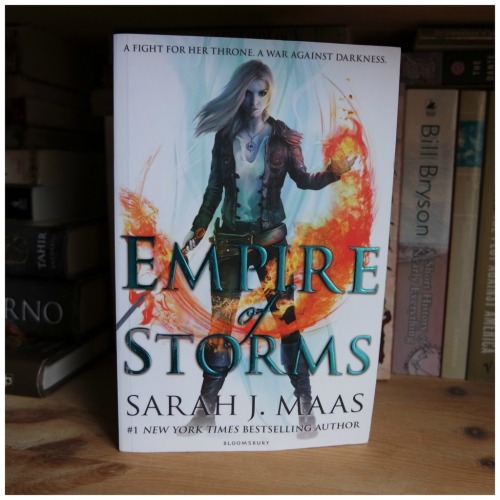 The fifth book in the Throne of Glass series has Celeana/ Aelin is finally claiming her royal right to the throne of Terrasen, even though not everyone is happy to just hand it to her. As the dark forces are gathering over Adarlan, she must unite whoever she can to prevent it to be overcome by demons, witches and their cronies. In the mean time, her love for Rowan only becomes stronger and her allegiances grow around her, however not always in the easiest of ways. As Elide encounters Lorcan to find her lost queen, many forces collide in the penultimate battle with an adversary that isn’t even the main enemy.

This book has received quite some negative reviews and so I was curious to see what I would think. As per Sarah J. Maas’ writing this book sucks your right in, but at times it feels slow, the plot barely moves forward at times and some descriptions feel contrived and unnecessary. I feel this book could have been at least 150 – 200 pages shorter. Yet still I think this book serves a purpose in the series as a whole. It is clearly a set up for what’s to come in the final book, but it definitely leaves you hanging and the string of characters not present or newly introduced can make this a confusing read at times.

Do you like books and do you like bookish history? Then this book for you. In this non-fiction book, Oliver Tearle works his way through history by highlighting books, writings and publications that marked significant moments in the history of literature. Each chapter contains a different era: from the Greeks and Romans to the Americans and Modern era. Each chapter is filled with tidbits of trivia about authors, their books and their publication process. A great book for any bibliophile.

But if you’re not a bibliophile or into the history of books then this is one you should skip. You can also skip this if you are already well-versed in the history of English literature. Had I know that going into this book, I may not have bought this. Sure you need a focus, but other than the first chapter on ancient history and one chapter about Europe, the entire book focuses solely on the Anglo-American development of literature. It only skims over the fact that Shakespearean sonnets were inspired by Petrarcha and therefore misses some depth and added value in my case. It is however, extremely well-written and a joy to read and I enjoyed brushing up on things I hadn’t look into for years. 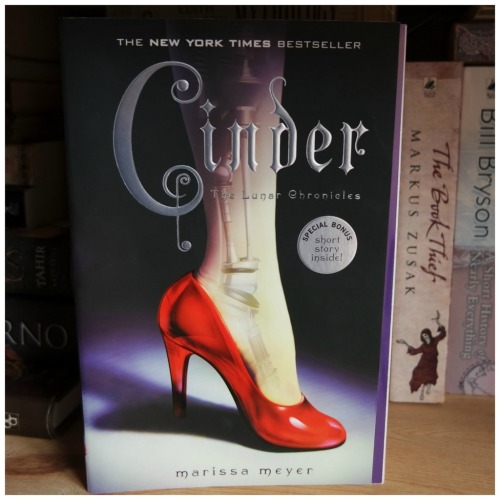 Meet Cinder: adopted by a man who dropped her off at a family that doesn’t love her, who works night and day at the market fixing everyone’s electronics and above all else Cyborg. An outcast in society, she hides her features best she can while struggling from the day to day. Until Prince Kai seeks her out to restore his favorite domestic android. In the mean time the Emperor and Cinder’s sister succumb to the dreaded plague, which ultimately leads to Cinder’s draft as a test subject to find a cure. And what Cinder finds out then…

The Lunar Chronicles is a series I heard much buzz about, but other than it popular I knew nothing about it. Just that it features fairy tale retellings set in a futuristic world which is inhabited by Cyborgs, robots and androids and something to do with the moon. This was one of those quick and easy YA reads. The plot and overall story line have little substance to it and if you know your classics then the fairy tale element is a bit too obvious which distracts from the world building of the series. I enjoyed it as it was an easy breezy, no brainer read, but it definitely has its flaws.

Christopher Winn – I Never Knew That About London

I Never Knew That About London is the ultimate alternative travel guide to London. If you’re a history buff, into weird facts, or simple know London to a T, then this book can give you something different to look out for. Filled to the brim with information about nearly every church in London, notable figures of gone by days and surprising nook and crannies, this is not your average travel guide or history book.

This is one of those typical books that I have had for years, but simply never got round to. I enjoyed this, but since the book mainly just lists fact after fact the reading experience isn’t the best. There is no narrative, hardly any context and after reading to much this would give me a splitting headache. I found out this book works best if you try not to connect the dots too much. But this is definitely one I have to pick up again once I plan another London trip as it lists quite a few places that I would still like to visit. An excellent guide if you wish to go more in depth into specific London neighborhoods.

In The Masked City we return to Irene and Kai a few months after they have settled in their alternate Victorian London with some chaos caused by the Fae but also some rudimentary technology. But then Kai vanishes without a trace and the only way to get him back is to travel across the realms deep into Chaos to an alternate Venice where Carnival is a perpetuate state of mind. Irene has to juggle her role as a Librarian, a promise to a Dragon King while trying to avoid being played by two rivaling Fae. And since Kai’s dragon heritage makes the Chaotic world toxic, time is ticking.

The second book in the Invisible Library series was better than the first installment. This plot was well-paced, the characters likable but not flawless and up until an unsuspected and quite a ‘cheap’ plot twist as the end, the story was well played out which all the twists and turns of any good detective novel set in a fantasy world where books and stories play an important role. I highly recommend this series if language, books, fae, dragons and alternate universes appeal to your reading needs.

What books did you read in January?